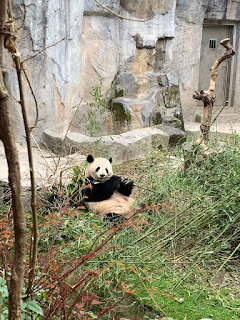 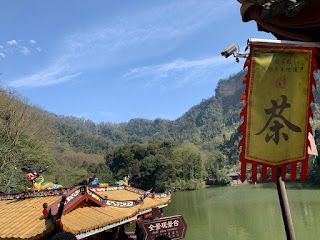 From Celine Koko ‘20:
Pandas! Today is our second day at Chengdu. I woke up really excited this morning as I would be meeting some cute cuddly pandas today. To start the day off I had a delicious traditional homemade Chinese breakfast. I was certainly full after eating! My host and I then made our way to school, from there I met up with the rest of the students and off we went to a panda breeding base. At the base, I encountered many pandas lounging about or eating an entire stack of bamboo (a panda eats an average of 30 kg of bamboo a day). The pandas were absolutely adorable! I even saw a panda fall from a tall tree and roll around on the ground! After trekking about the large panda base, we went out for a much needed lunch and headed back to the Chengdu Foreign Language School. We received a warm welcome when we arrived and were soon whisked away on a full campus tour. We got to see the ins and out of what a typical Chinese High school student’s life is like. After a reception officially welcoming us in front of the entire school, we were given the opportunity to participate in after school activities with the students. I had a great time playing Bad Minton (even though I wasn’t very good at it) and made some new friends. 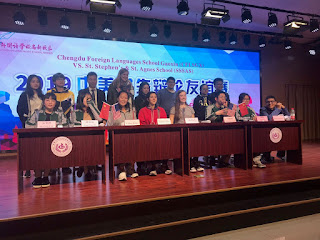 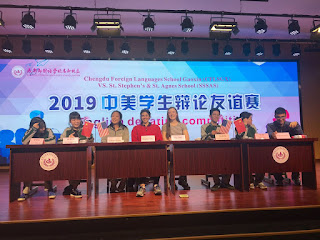 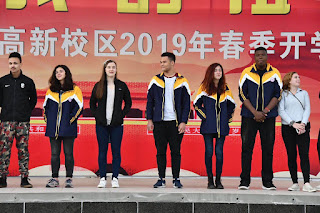 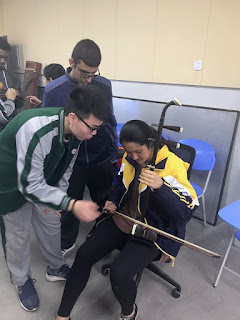 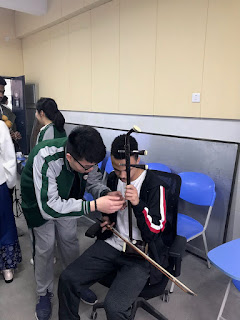 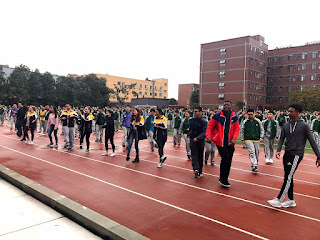 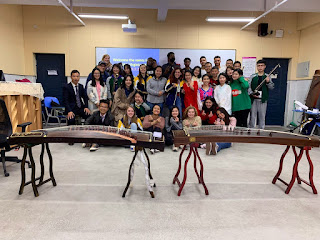 From Elinor West ‘21:
Today we were given the opportunity to explore the Panda Base. We were able to see red pandas and of course the infamous giant panda. If you know me, this was basically the reason I chose to come on this trip, so it was pretty important. They were 100% worth it. After that we went to lunch and had some amazing Sichuan food. To be completely honest, I’m terrible with spicy food. But I think I’ve adjusted. Afterwards, we came back to the school and was given a tour and an over the top welcome. I mean we were placed on a stage in front of the entire school and given pins, while the students stood on the soccer field. It’s so strange because when we came here, everyone was so excited— I felt like Obama. But after that assembly, we were given the chance to play some sports with them. Since I suck at everything, I chose what seemed to be the easiest sport: volleyball. That was not true. This one student was so intense— I thought he was going to yell at us because we were making them lose the match. But once we went our separate ways, my  took me to this amazing local area with the best food ever. I wish I had the chance to host my buddy; she is so sweet. But all in all, it was a great day:)
Posted by Anonymous at 1:20 AM

Email ThisBlogThis!Share to TwitterShare to FacebookShare to Pinterest
Labels: 2019, China