On Monday, we all set off on a trip without our Spaniards to see the city of Segovia. After about an hour of chatter on the bus about how we had acclimated to living with the Spanish families, we arrived in the idyllic and historic city of Segovia. First, we walked along the brick and cobblestone paths to the former royal palace, the Alcazar of Segovia. Architecturally, it features a combination of many styles such as Gothic and Romanesque as our tour guide told us. The large entrance bridge was a bit daunting, but on the inside the castle contained gorgeous tapestries and gilded ceilings that told the story of the royal families in Spain. After this, we walked to the Cathedral of Segovia which had many stunning works of religious art and is well known for its grandiose size and intricate detailing. Of course, everybody was hungry by this point, even though it was considered early for lunch in Spain, so we stopped at a small restaurant and had a 3 course meal featuring various crepes, tostas, and pasta dishes. After lunch, we all split up into smaller groups to continue exploring the city. I went with Mede and Jenna to the Aqueduct of Segovia to take pictures and to see the view from the top. Then, we walked along the streets and looked for trinkets in the shops, but inevitably ended up in the Frozen Yogurt shop and bakery because they smelled and looked amazing. Overall, it was a fun experience to witness and explore important pieces from Spanish history and to see firsthand the culture of Segovia. 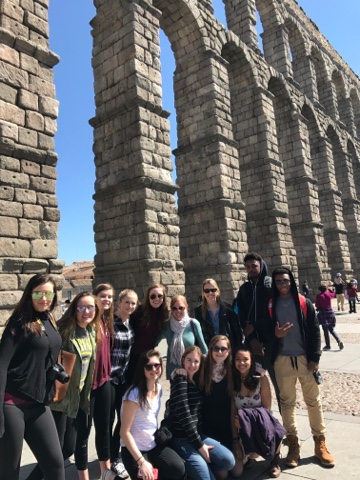 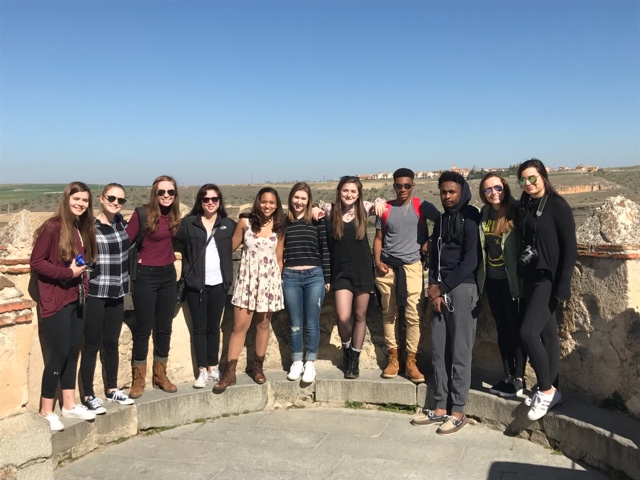 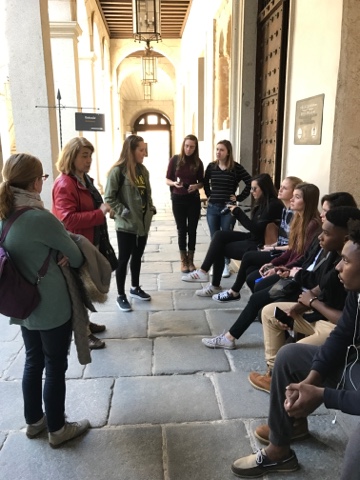 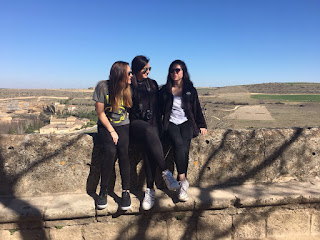 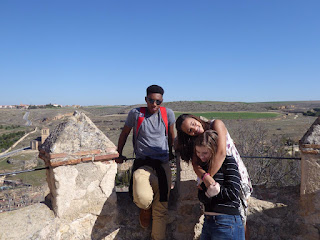 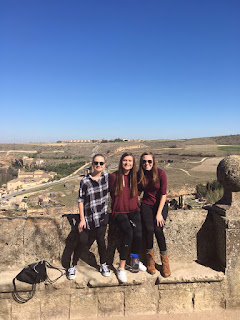 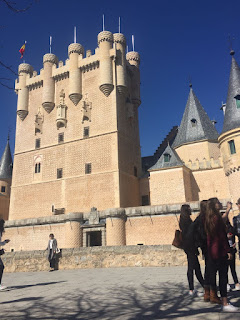