Our first day was a travel day. We left straight from school to make our first plane from Dulles International Airport to Amsterdam at 6:15. We were all so excited to start our European Adventure! The anticipation grew as we boarded our plane for the 7 hour plane ride. After our long ride, we landed in Amsterdam for a 5 hour layover. The layover was exciting and we got the chance to bond with people that we might not have gotten the chance to know. Finally, we boarded our second hour and a half flight to Dresden, Germany. ~Taylor Bordes 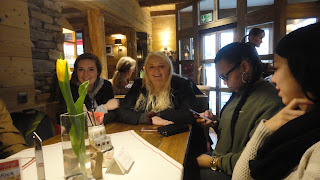 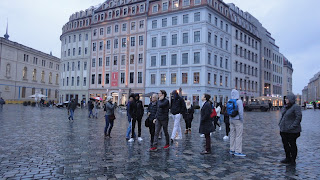 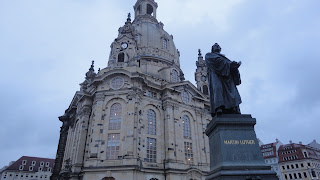 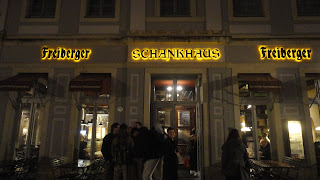 After an hour flight to Dresden we finally made it! After a nice hour to freshen up in the hotel we all felt much more well rested and put together. We then made our way across the river into the old city. Most of the Old City was destroyed in the bombings in War II, but has since been rebuilt almost exactly how it was originally. We stopped at a local cafe and had some cheesecake with meringue (which was delicious) and then went into a rebuilt Baroque Lutheran Church [Frauenkirche]. It had a marble and gold statue scene depicting Jesus' struggle in the garden which took up the entire back wall. We found this really interesting because it was so similar to "The Ecstasy of St. Teressa" by Bernini which we have studied in art history this year. After the church we walked around and then went to dinner where I had the best sausage we've ever had. After dinner all the kids walked around the Old City, then went back to the hotel for a well deserved good night's rest. ~Mia Howard
Posted by Unknown at 4:45 AM