San Salvador Day 5: Avoiding Chaperone Fears
Mrs. Myhre
We were very excited this morning as we went out to the second of our study sites, Lindsay's Reef.  The ocean was smooth over the reefs so we unloaded all of our gear and went in the water.  Unfortunately, after 3 or 4 days of churning seas the turbidity was so great that visibility was down to one foot or less.  We had a couple of equipment losses before we realized the problem.  We were all very disappointed that our first smooth day still had unfavorable research conditions.  If the kids have learned nothing else on this trip it is that field biologists suffer the whims of mother nature.
So since Marine Biology wasn't in our morning plan we decided to do some cross-curricular activities.  We drove down to Watling's Castle to learn a little history.  It is neither a castle nor was it owned by Watling.  These are some of the remains of one of the British plantations that was on the island before plantation owners realized how little agricultural potential this island has. 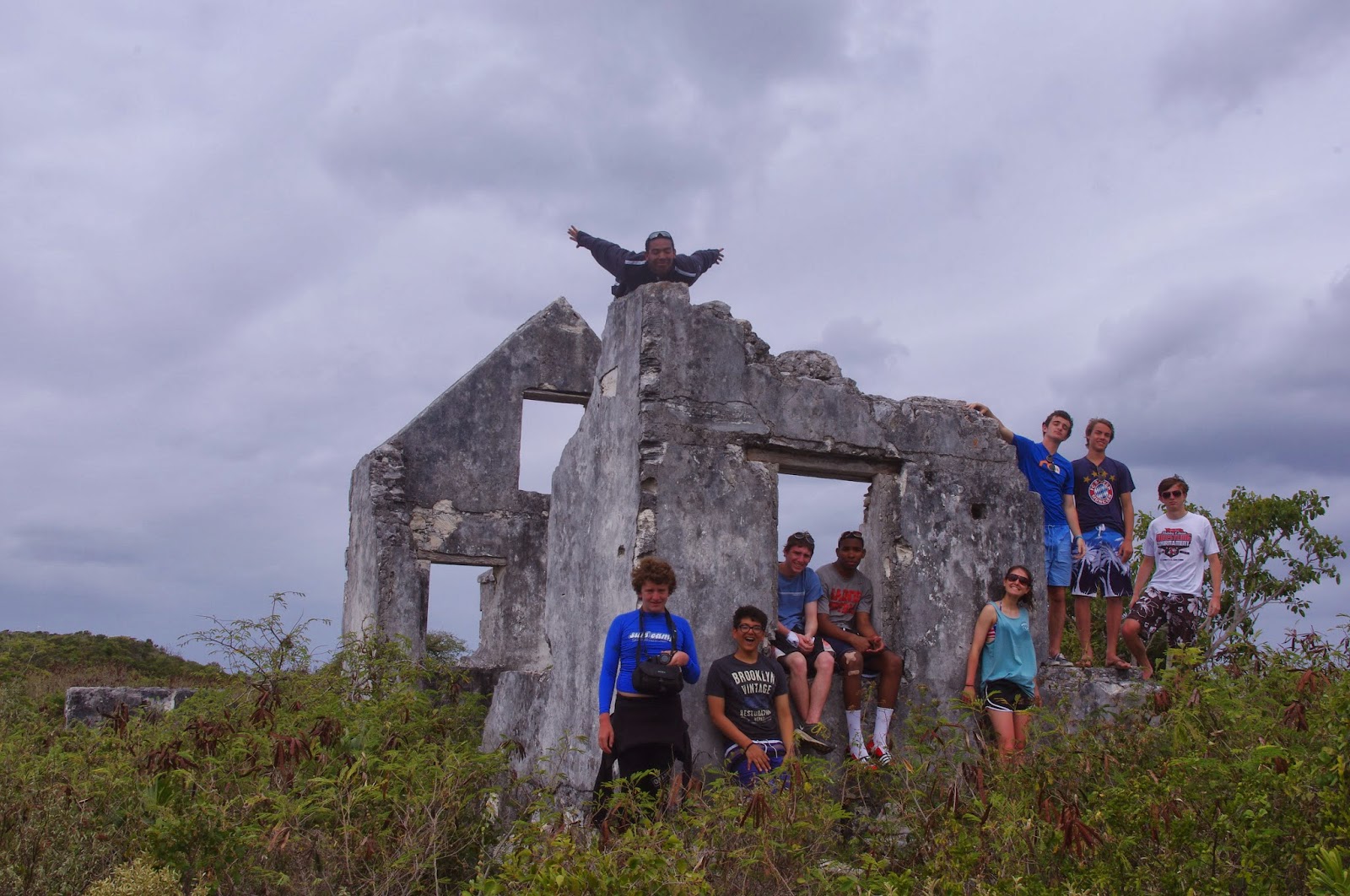 As a girl raised in New Orleans, there is a deep love and knowledge base of plantation homes and how plantations were laid out and built.  I hope I was able to share some of that with the kids.  Here is the kitchen which is in a separate building to keep heat and incidental fires away from the main house.  I can see a pig or cow's leg roasting in that. 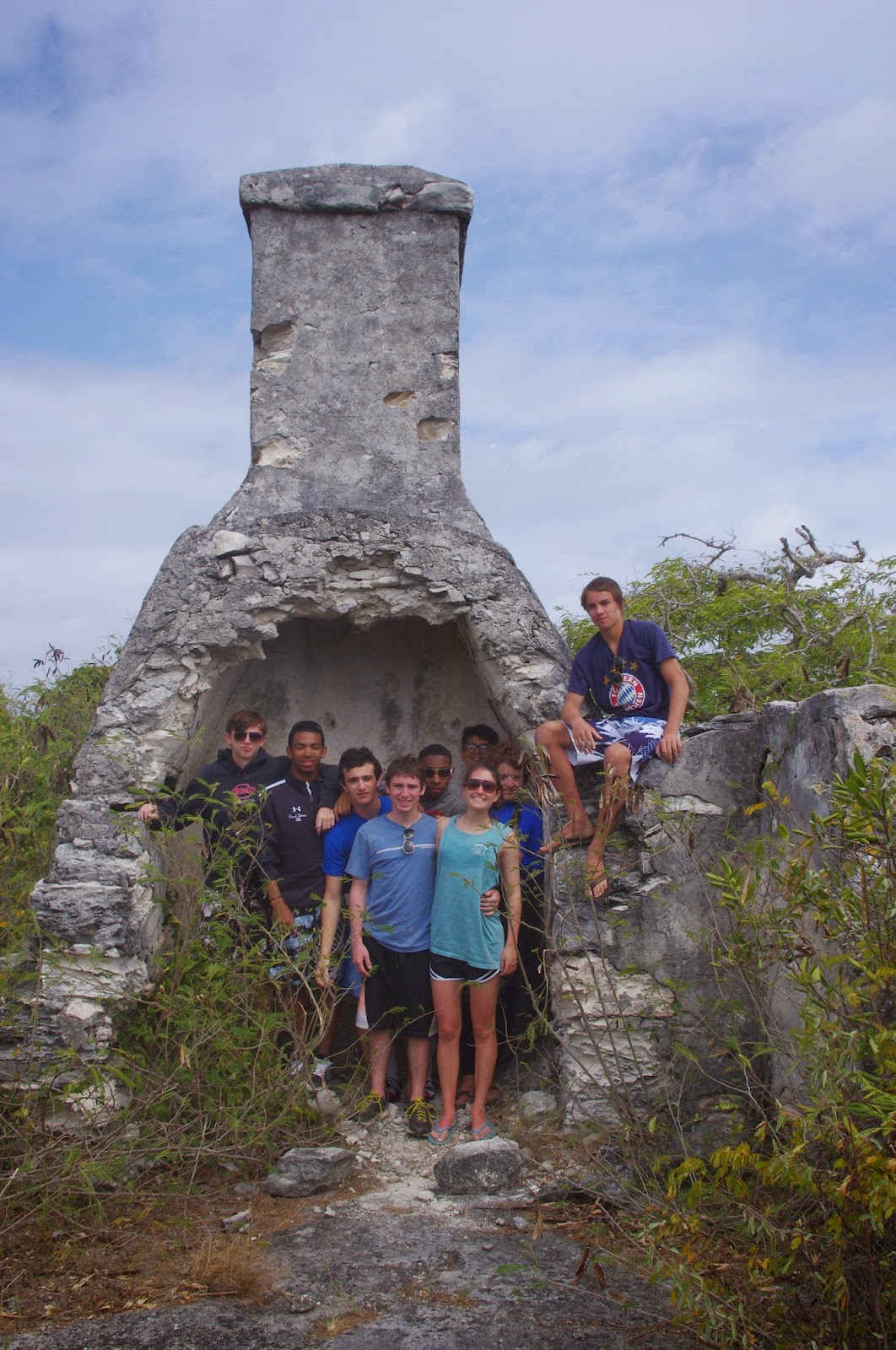 After lunch we headed right down the road to the working lighthouse on the island.  It is the only kerosene fueled lighthouse still working today. 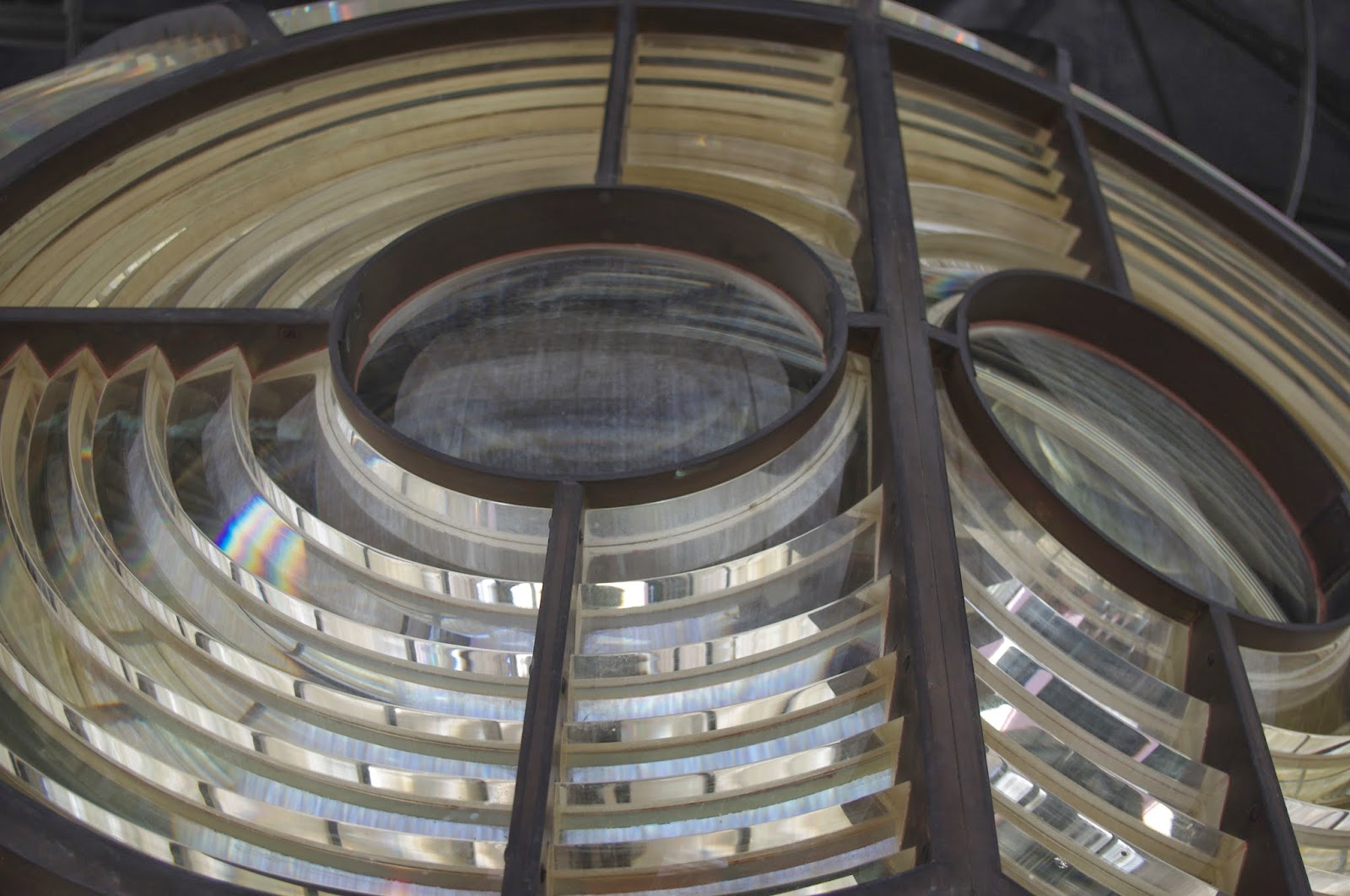 This is the only shot that I got of the nearby town before the extreme height forced me back into the lighthouse.  The kids didn't seem to have a problem standing out on the rails around the top of the lighthouse, but I had to let Mr. Yoder finish up outside with the kids.﻿ 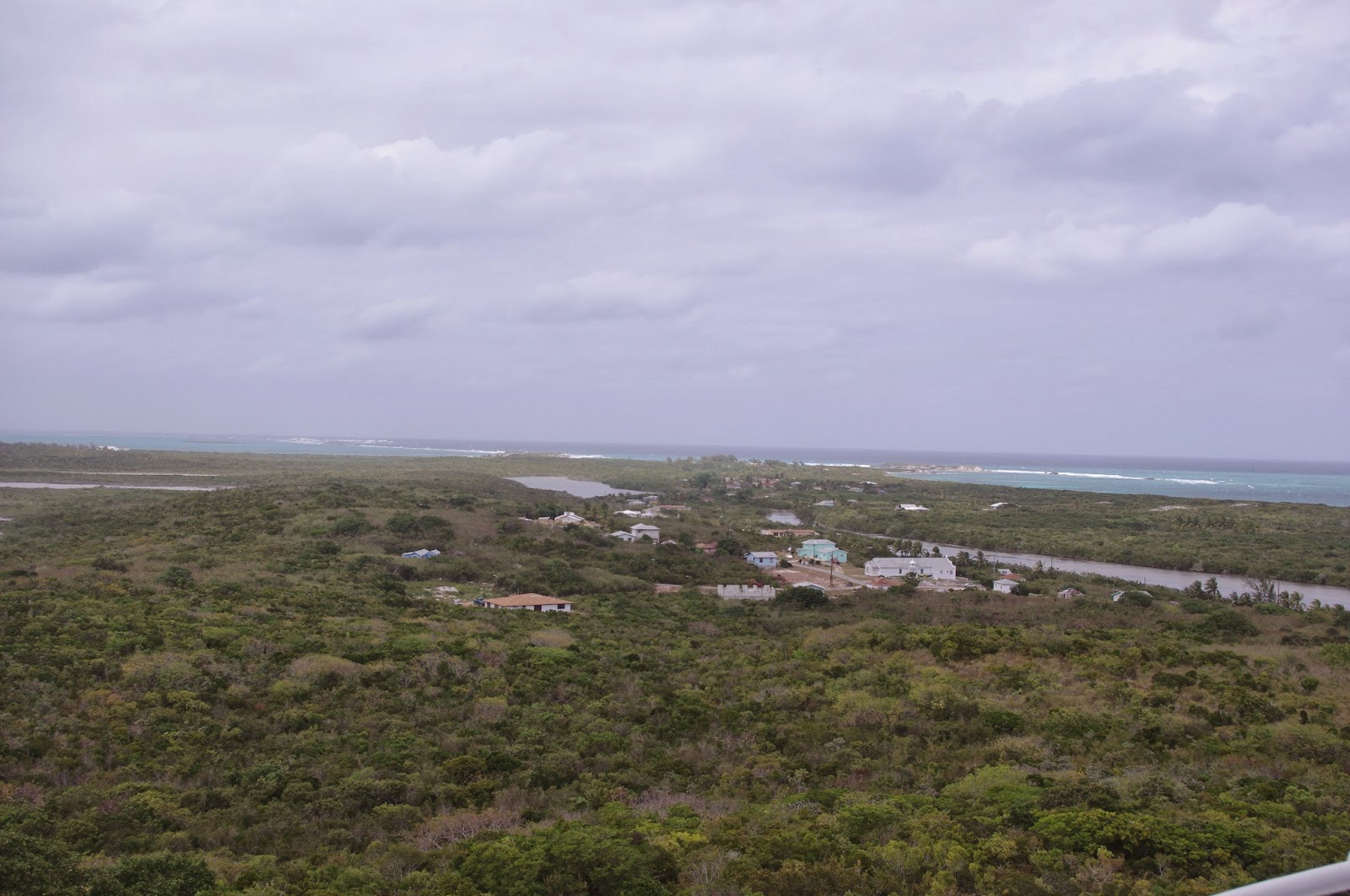 Tight spaces, big heights and treacherous stairwells are not my thing.  Fortunately, the kids had fun. 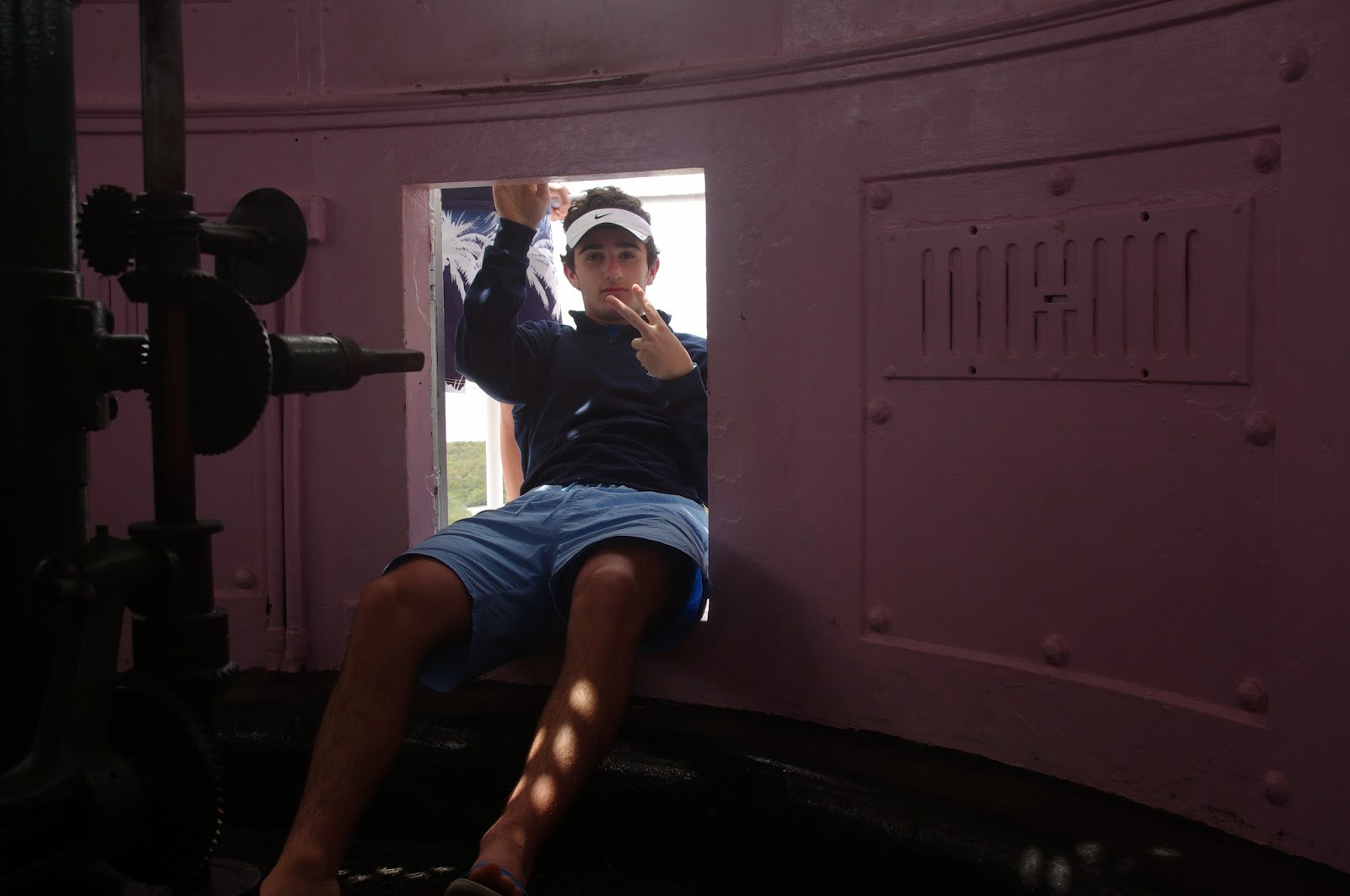 Right near the lighthouse is a path that leads to Lighthouse Cave.  It is a cave that has access from the top but has an inlet/outlet to the ocean.  Therefore, the majority of the cave is partially to almost fully underwater depending on the tides.  Mr. Yoder wasn't a fan of walking around in small, dark spaces with waist-deep water that you couldn't see into.  I can't imagine why.  So, I took over this one.  We had a nice lesson on the geology of caves and got to see some amazing stalagtites and stalgmites and column formations.
Here Will and Chris, armed with their flashlights, get ready to descend into the cave.  Again, the kids loved it, but the chaperones were a little less enthusiastic. 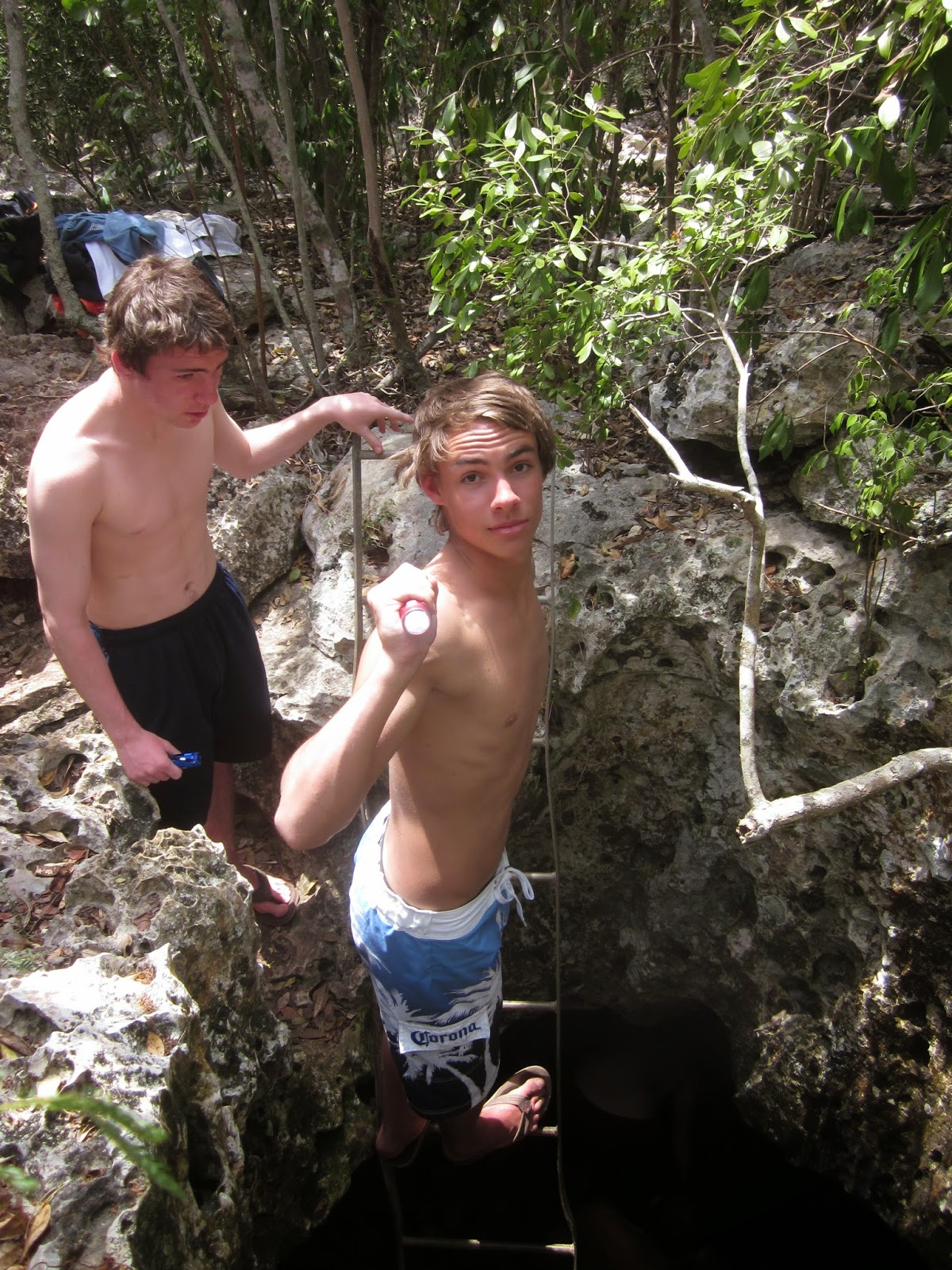