Mr. Yoder
This was a busy day for the team.  Once again, the weather did not cooperate as leeward winds kept our study sites under steady choppy waves.  Therefore, we moved to the southern side of the island and found the Atlantic to be quite cooperative.  These pictures were at French Bay and the snorkeling was fantastic.  Here I am with a large Smooth Brain Coral.  The kids have done a FANTASTIC job with their coral identification.  Tonight I quizzed them again and it was almost perfect.  The kids think this brain coral looks like it has the face from "The Scream" on it.  Do you see it? 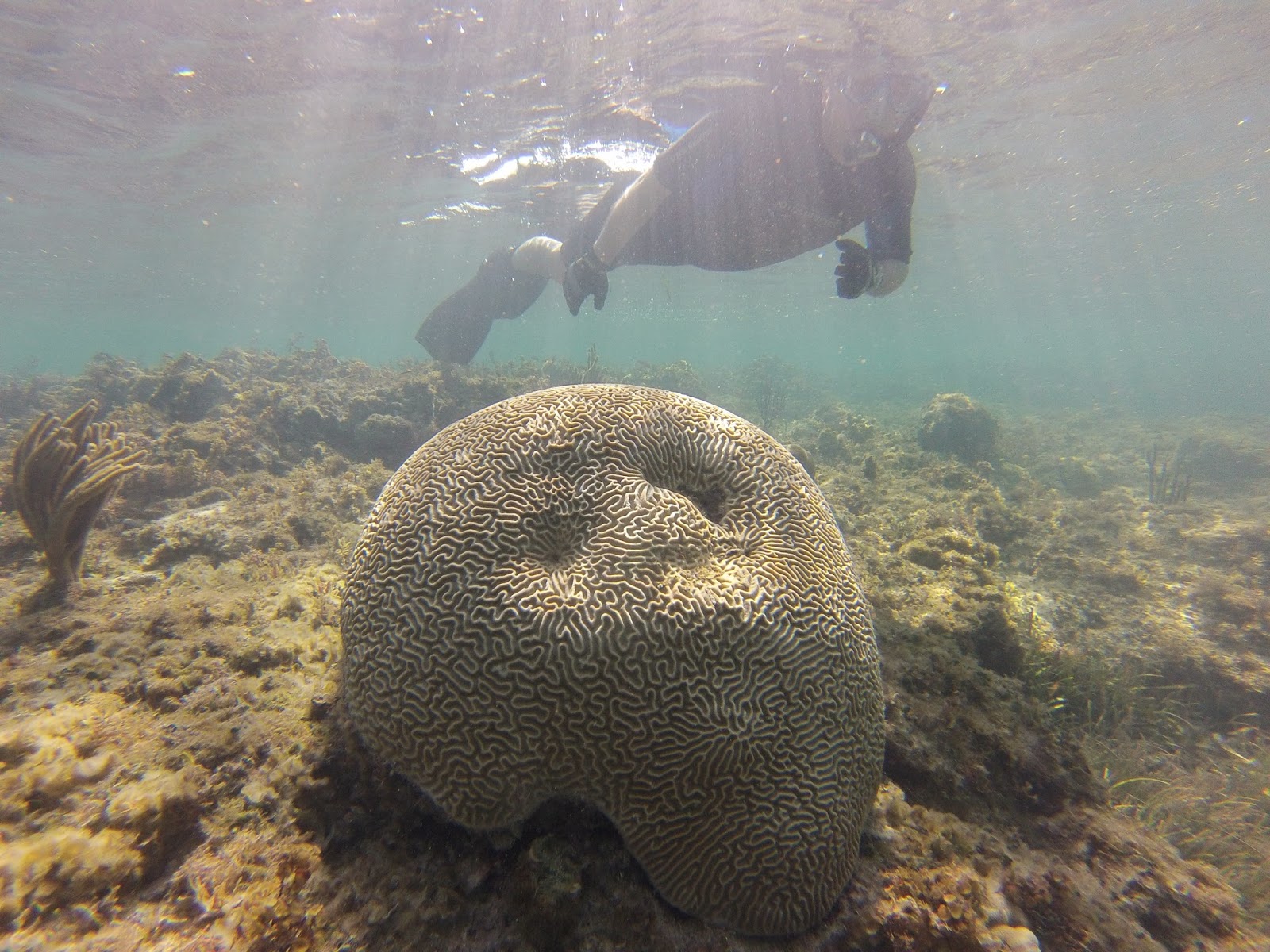 Lucas and Adrienne are shown here admiring a patch reef at French Bay. 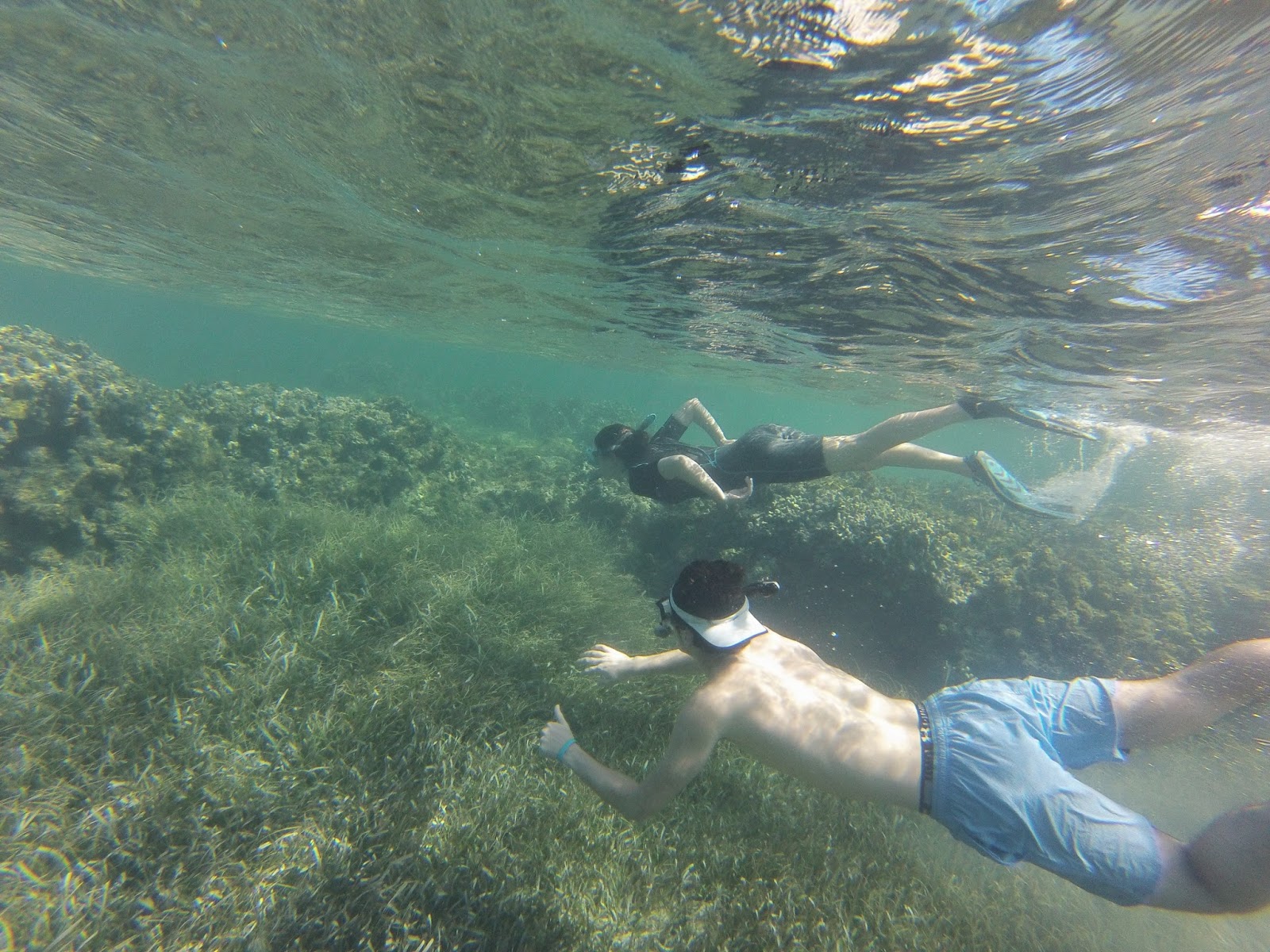 This is an enormous head of Stubby Finger coral.  I can't recall seeing something so massive before at this location. 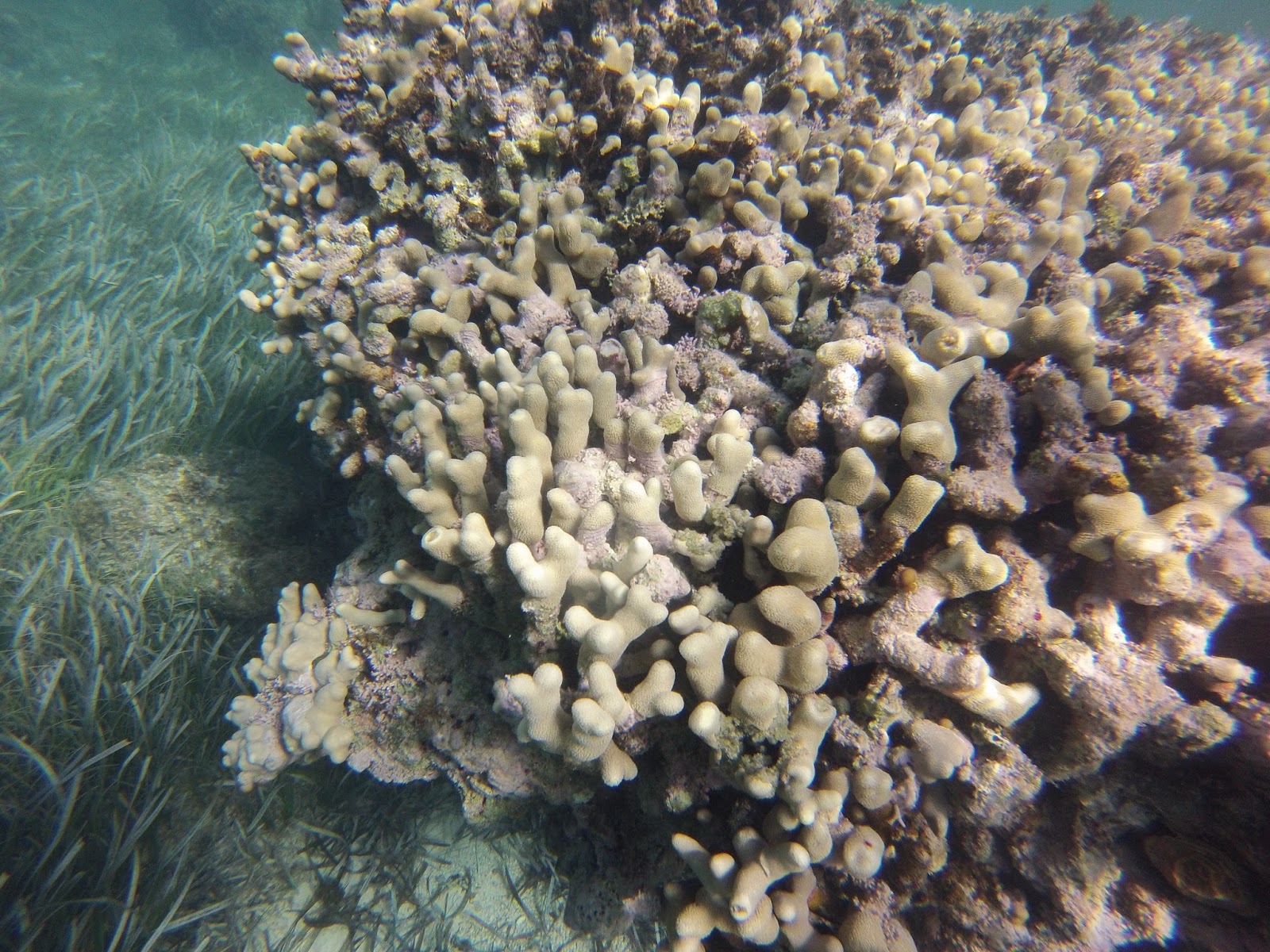 A school of Blue Tangs in the distance.  Since Mrs. Myhre loves the vertebrates, we had to at least include one picture of fish. 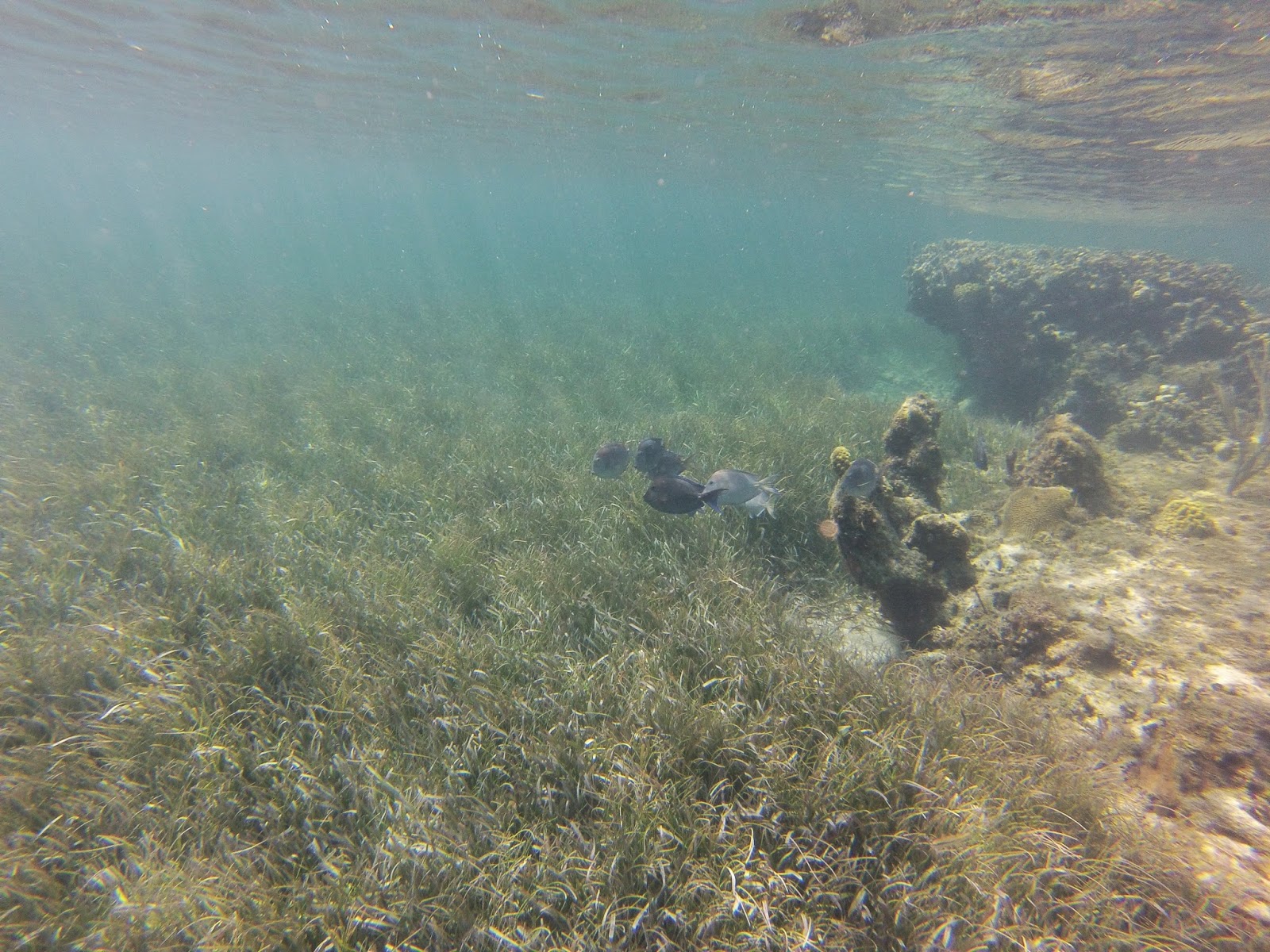 It was an absolutely beautiful sunny day today.  After a rigorous snorkel, the group relaxed in a tide pool and enjoyed the warmth and sunshine. 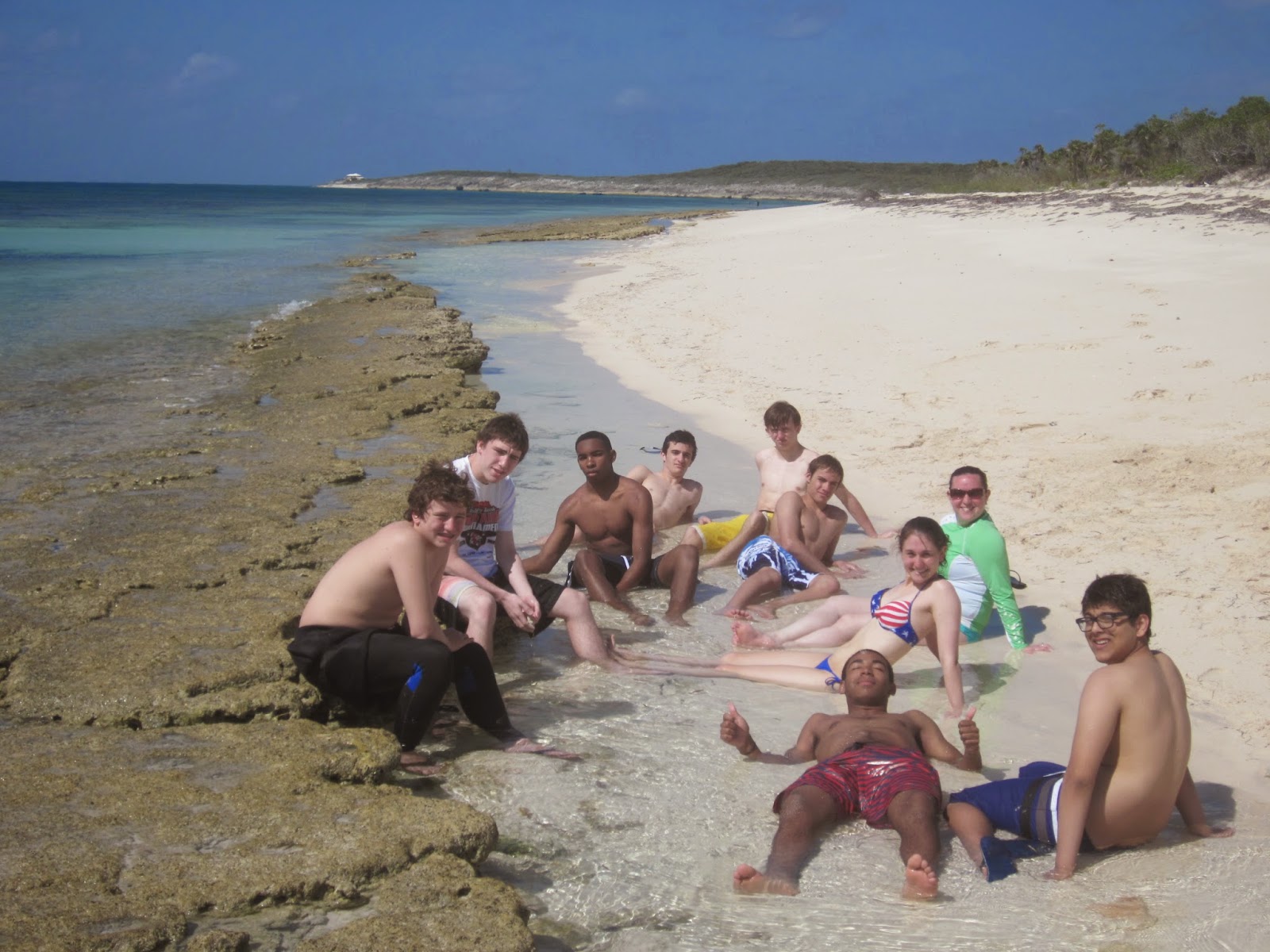 Mrs. Myhre reporting here:
After grabbing lunch back at the research station we tried the patch reef we need to study again.  And again it was much too rough despite the kids' insistence that they could handle it.  So we headed to another part of the island called Pigeon Creek.  The creeks I think of aren't quite what we saw.  It is a tidal creek where a finger of the ocean meets the freshwater outlets of the island producing a flowing, brackish area.  Lots of juvenile species live in these more protected, shallow areas.  Below Will tries to show Mr. Yoder and Frankie the 2 foot barracuda he saw.  Will also spotted a stingray earlier near that spot. 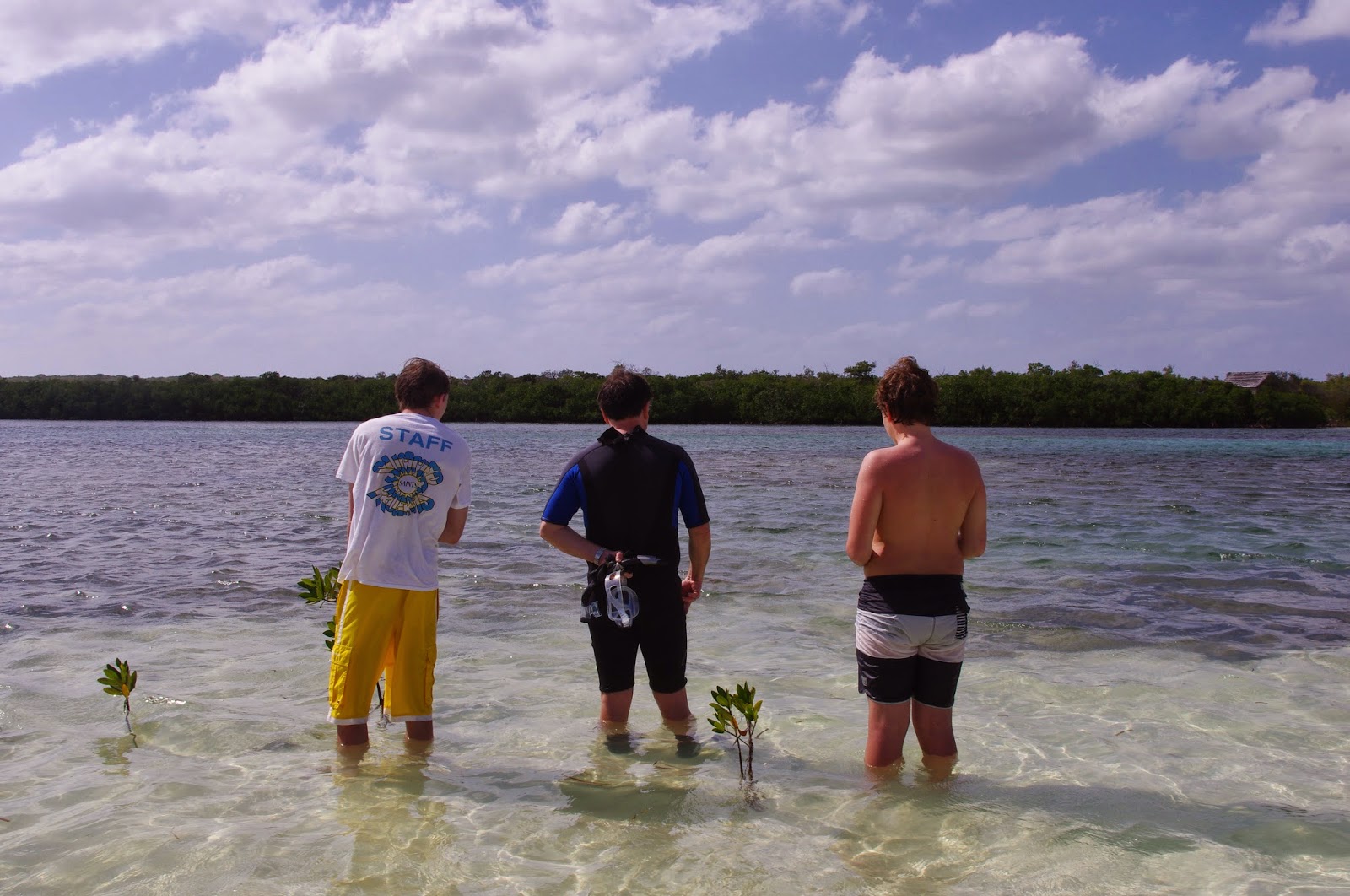 Below is a shot of how the mangrove trees grow right up to and into the water.  The ocean outlet is in the background. After dinner we took a sunset hike to Graham's Harbor, a rocky cliff.  Below is one place at the end of the hike where the Caribbean and Atlantic oceans meet. 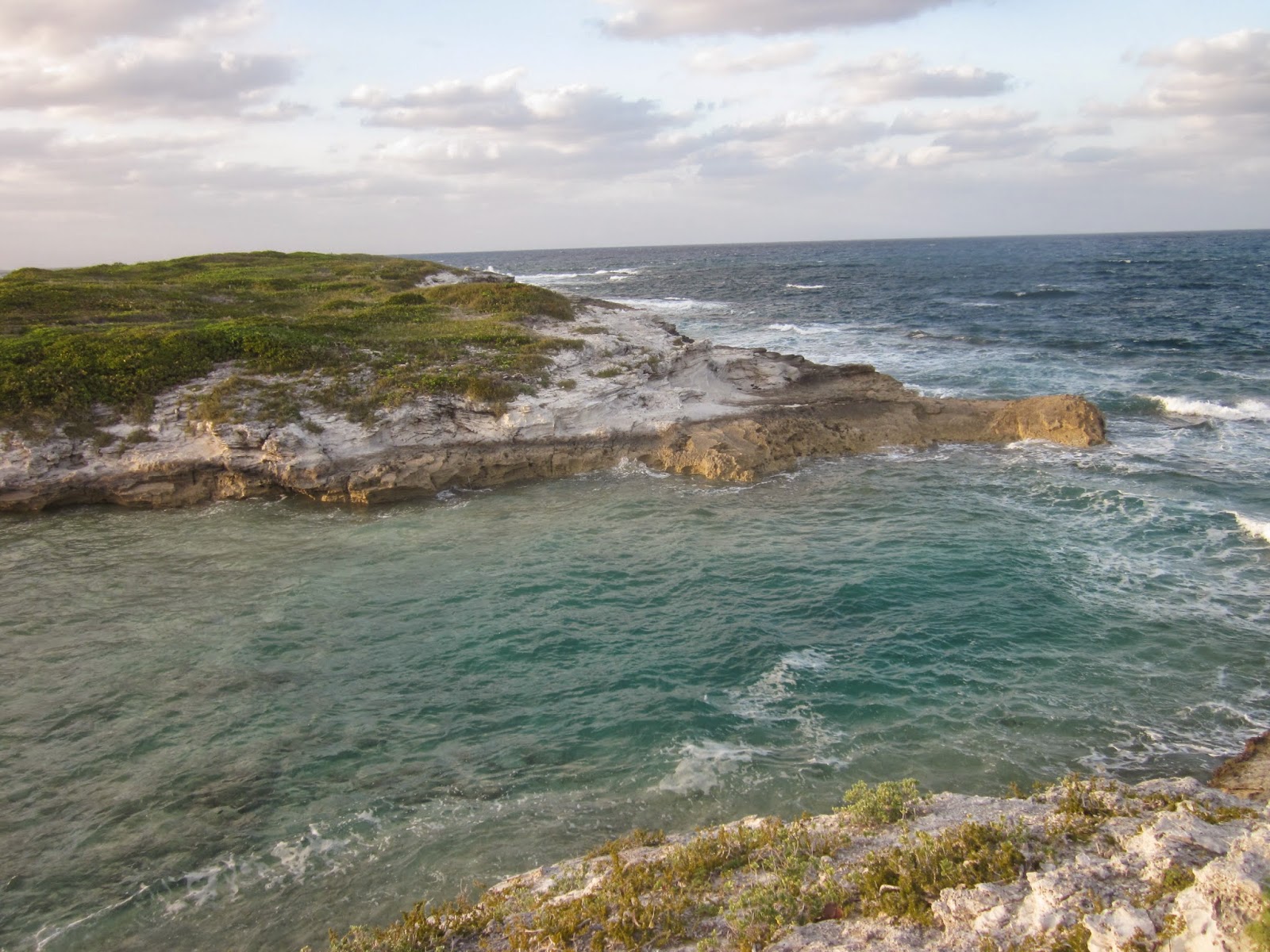 The group at the end of the hike, watching the sun go down. 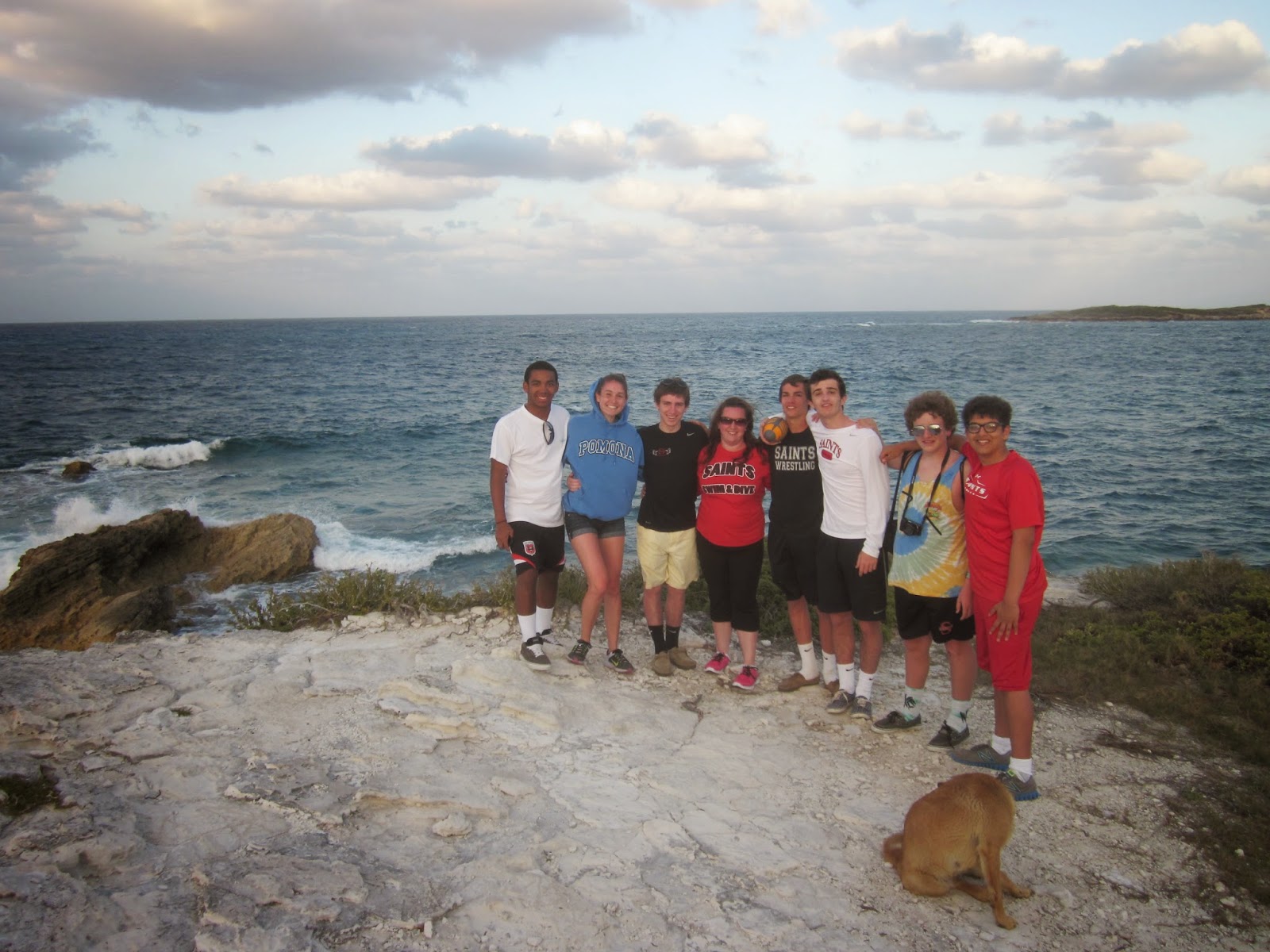 Not a bad way to end your day.....it only comes in second to ending your day with a slideshow on algae and sea grasses, which we did.  Here's to hoping that the wind will let up on us and let us put all of our knowledge to use tomorrow. 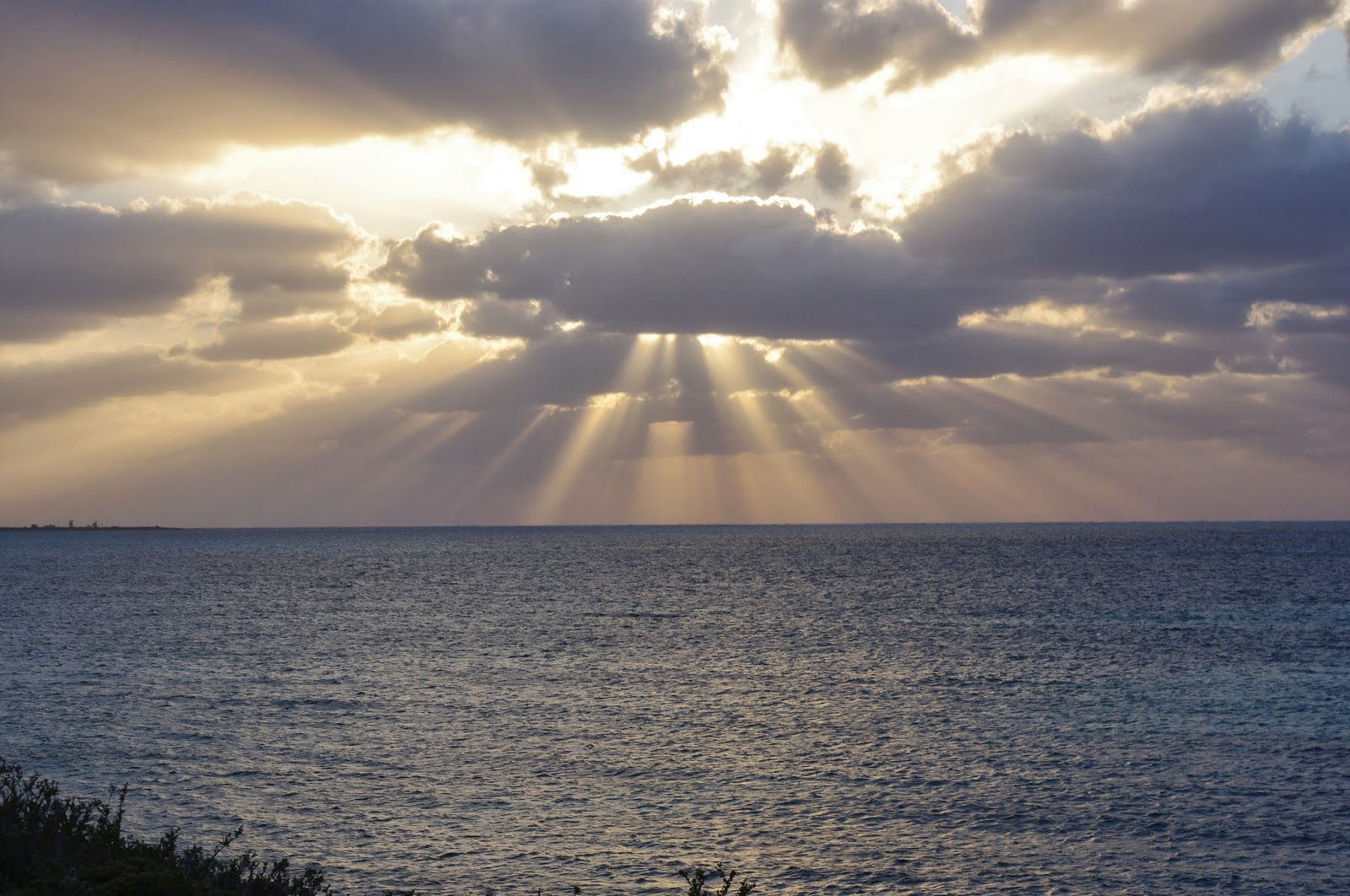