(Due to internet restrictions in China, the Saints blogged during their China trip on Tumblr.  Please read our faculty and student reflections at http://eightloglife.tumblr.com/)

The Saints spring break 2013 trip to China's regal northern capital of Bei3jing1 and lush southern paradise of Gui4lin2 was an eye-opening journey into the mystery that is China: a country established only 60 years ago in a land of 5000 years of history; the most internet users in the world in an area trapped behind the Great Fire Wall; bicycled powered cabbies on streets with some of the most impressive modern architecture of this 21st century.

Our students climbed the thousands of steps up the Great Wall, traversed the vast courtyards of the Forbidden City, zipped around the Beijing Hu2tong4s, moseyed down the picturesque Li2Jiang2 river, combed the many streets of Yang2Shuo1, and became rock stars in a formal visit to a Guilin high school in the search of answers to the questions: what is China in 2013 and who are the Chinese people?

What did our Saints find?  Please see for yourself at http://eightloglife.tumblr.com/ 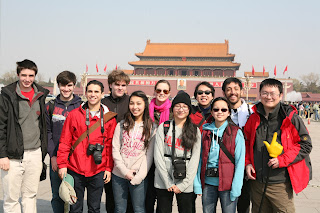 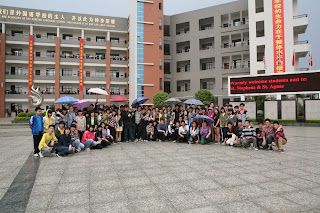 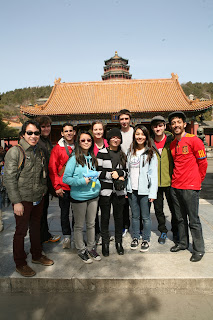